There is an extensive labyrinth of passageways and cellars underneath the city of Znojmo. It is nearly 30 kilometers long and has 4 storeys. That is surely interesting, but why are we mentioning this on a wine blog? Not only that these catacombs were used for storing wine in the past, a few bottles still call this place home and if you join a tour of Znojmo Underground, you might suddenly find yourself with a glass of wine in your hand.

Walking around Znojmo and seeing ads for the city underground (Znojemské podzemí), depicted by pictures of ghosts, fake bats and an alchemist´s chamber, we expected the underground labyrinth to be more of a mildly interesting family fun. The last thing we anticipated was to get a nice wine tasting in the middle of the tour, which actually turned out to be very enjoyable.

Having some time to spare before we´d head out for a night of food and drinking, we went over to Slepičí trh and booked a classic tour of the Znojmo Underground. (If you like crawling through tiny spaces and being covered in mud, you can also join one of the adrenaline tours, but I doubt they will serve you wine there.) At precisely 3 p.m. a personable and very enthusiastic guide picked us up to show us around and mainly make sure that we don´t get lost in the 27 km long labyrinth beneath Znojmo. Don´t worry, you can join even if you don´t speak Czech: foreigners can ask for an English or German audio guide. 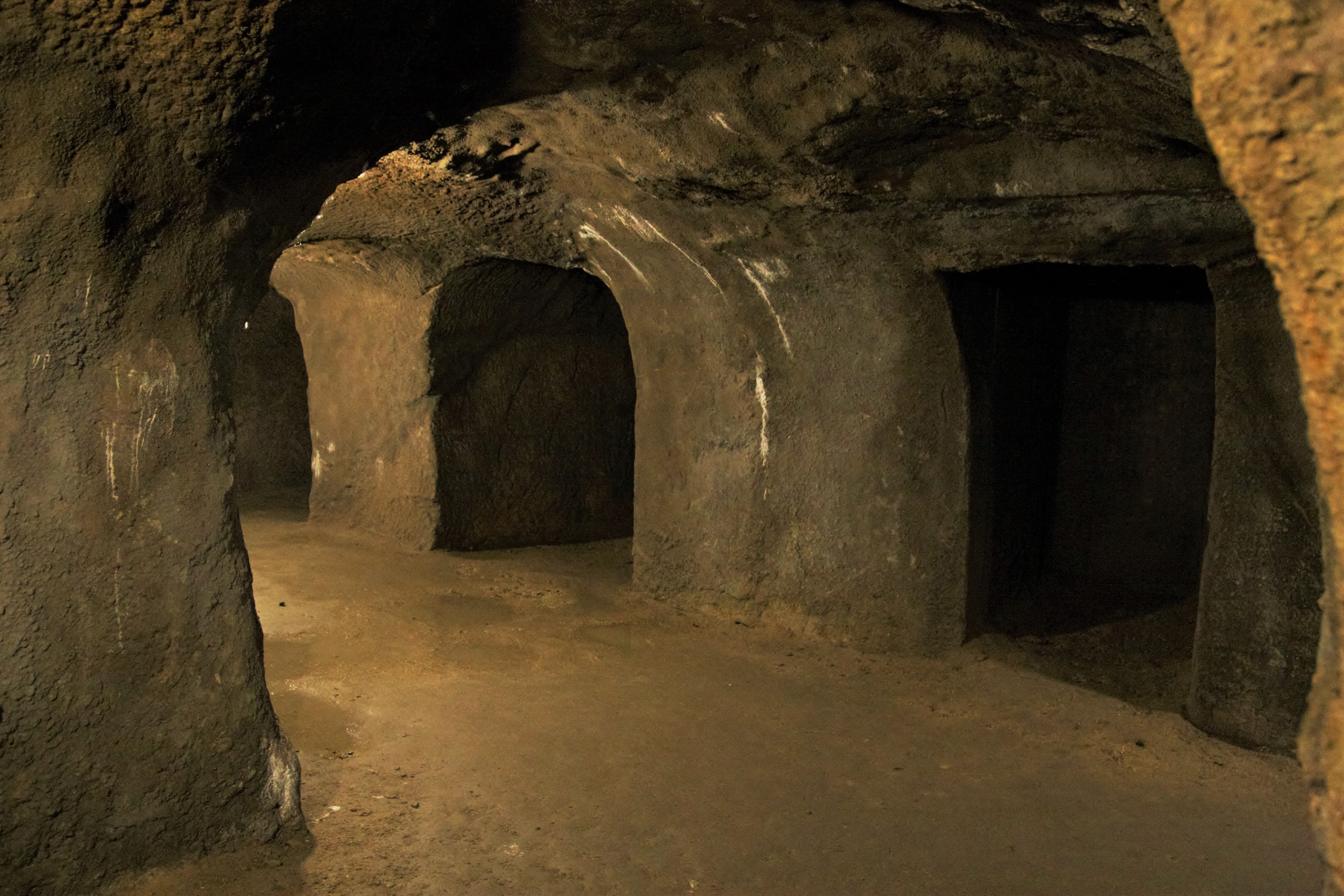 The legend of the ‘City of Ghosts’

During the 1 kilometer tour we also learnt that the underground cellars date back to 14th or 15th century and that, even though it is not entirely certain why they were built in the first place, they were used for storage and for defence purposes. Several meters below surface and with constant access to groundwater, the Znojmo Underground was the perfect hideout place during wars and attacks on the city. People could even cook there, because there were special vents connected to the chimneys of houses above. These special vents turned out to be ideal for scaring off invaders.

Legend has it that when the Swedish army was approaching Znojmo in the 17th century, locals quickly went to hide underground, lighting fires and therefore making it look as if there were people inside the houses, cooking dinner. However, when the army arrived, they found all the streets and houses empty. They probably thought it was strange, but they stayed anyway, and so the local citizens crawled out at night, luring the Swedish soldiers underground where they killed them. A few mysteriously murdered bodies later, the Swedes proclaimed Znojmo “the City of Ghosts” and ran away.

After listening to some more stories and walking through the darkness of centuries old passageways, we suddenly saw a little flickering light. A candle next to… could it be? Yes! Bottles of wine.  It was a tasting! For a very low price (9 CZK = 0.3 EUR per glass) you can use this cool location to try out wines made by Znovín Znojmo, one of the biggest wineries in the region. And what can be better than drinking a nice glass of white, while the guide tells you about your direct surroundings that include a former torture chamber, a secret alchemist lab and kilometers of catacombs haunted by ghosts of dishonest winemakers who used to mix their wines with water?